Update: We had a great response to the webinar. Thanks to everyone who attended. I’ve updated the post below with the recording and links to the other materials.

Code Partners is co-presenting a webinar next week with Embarcadero, detailing the story of how a major freight company took a 20-year old Delphi 6 client-server application and converted it to a Microservices architecture,  leveraging Kubernetes and containers and still using Delphi.

It’s 2014. Brazil’s largest domestic Freight company is facing a problem. The 20 year old Delphi 6 application which ran a crucial part of their operation could not scale to keep up with the massive growth they were experiencing.

They’d already tried to replace it twice, once with SAP and once with Java, and both projects had failed. Their next attempt had to work.

It’s 2019. Their new operational system is flexible, scalable, saving them money and rock solid. It uses a modern, microservices architecture built on top of Docker and Kubernetes and leveraging DevOps principles.

This is a great story of recognising the value in an existing system, and how migration is often a faster, lower risk approach than a rewrite. It will be  presented by Code Partners’ own Malcolm Groves, Fernando Rizzato from Embarcadero and Kelver Merlotti from Embarcadero Brazil.

The materials from the webinar, including:

are all available in his github repo here.

Lastly, here’s the recording. Hope you enjoy it.

2 thoughts on “Webinar : Converting a 20 year old Legacy Application to Microservices and Containers” 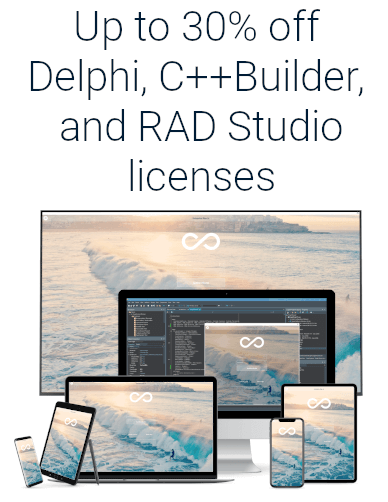 Save up to 30% off Delphi, C++Builder and RAD Studio for anotherShop